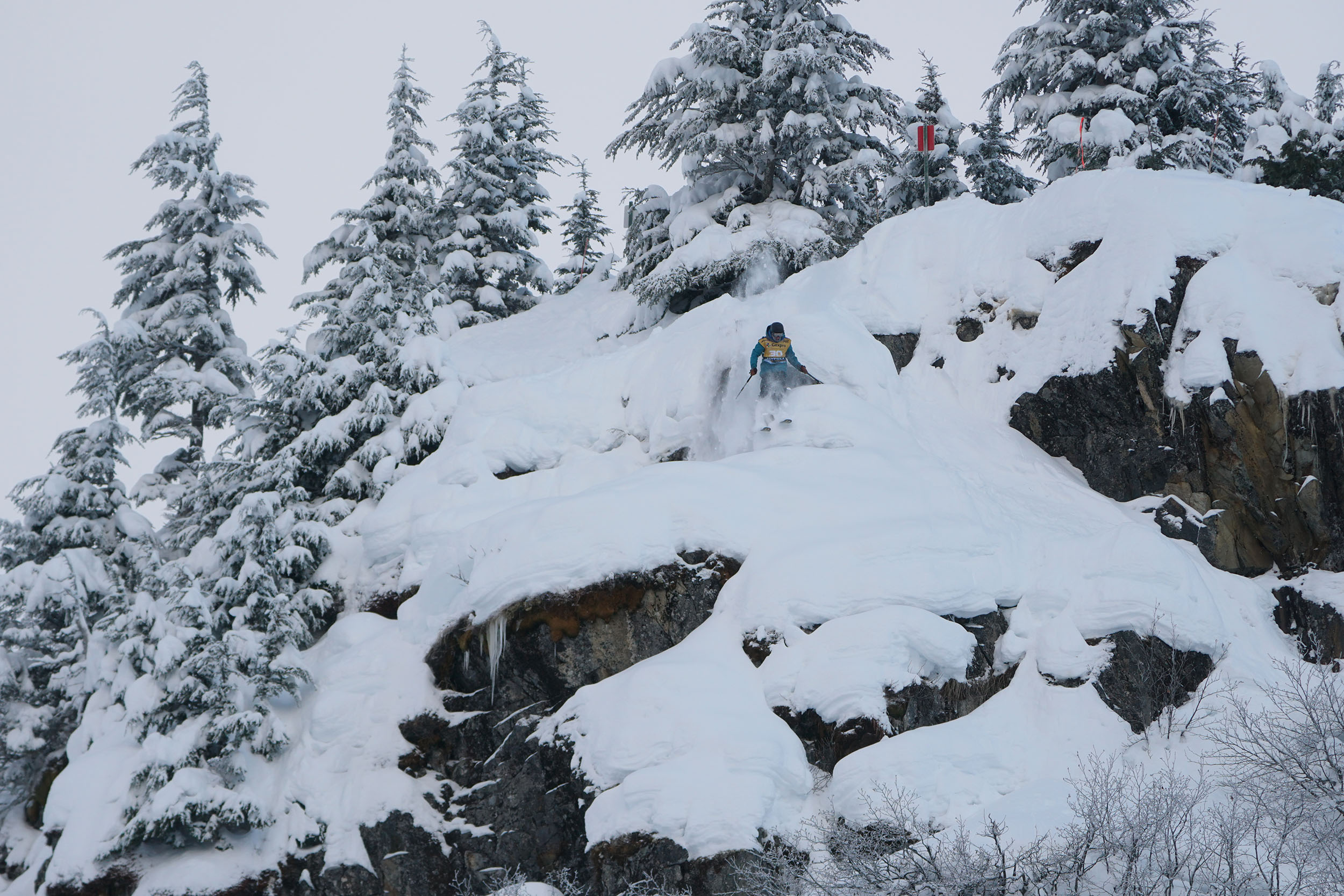 This program is designed for competitive freeride athletes ages 10-18. Athletes in the program are invited and must place their intent to compete in at least 1 Regional Freeride competition. Tryouts required. Tryout date and registration link will be provided soon.

Alyeska Freeride Weekend Team U14 – U19

Description:  This double day weekend-based program is designed for competitive freeride athletes ages 12-18. Athletes in the program are invited and must place their intent to compete in at least 1 Regional Freeride competition.
Includes: Winter Break Camp
Additional Opportunities: Dryland (Every Tuesday and Thursday Sept. 1 through Dec. 17, 2020 at Elite) and/or Dryland (Every Wed. Jan. 6 – April 7, 2021)

Description:  This four-day program is designed for competitive freeride athletes ages 12-18. Thursday training will focus on drills and tricks and Friday’s will focus on fundamentals and gate training. Athletes in the program are invited and must place their intent to compete in at least 1 Regional Freeride competition.
Includes:  Winter Break Camp
Additional Opportunities:  Dryland (Every Tuesday and Thursday Sept. 1 through Dec. 17, 2020 at Elite) and/or Dryland (Every Wed. Jan. 6 – April 7, 2021

Description:  This double day weekend-based program is designed for competitive athletes ages 10-11. Athletes in the program are invited and must place their intent to compete in at least 1 Regional Freeride competition.
Includes:   Winter Break Camp 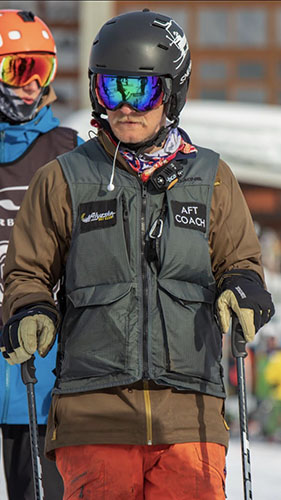 Connor Michael was a competitive racer and freeride skier for most of his life. He ski raced through high school with the Alyeska Ski Club Juniors. During his years in FIS, he attended Western Region Championships every year.

After graduating high school, he moved to Gunnison Colorado to ski for Western Colorado University’s Freeride and Ski Cross teams. He was a top 10 ranked skier in the Freeride World Qualifiers in North America. He also took a 2nd place and 8th place at College Nationals for ski cross.
Connor is now the Program Director of Alyeska Freeride Team, and head coach of the 12-18 age group. During the week, Connor works for Alaska Permanent Capital Management as a Financial Advisor. 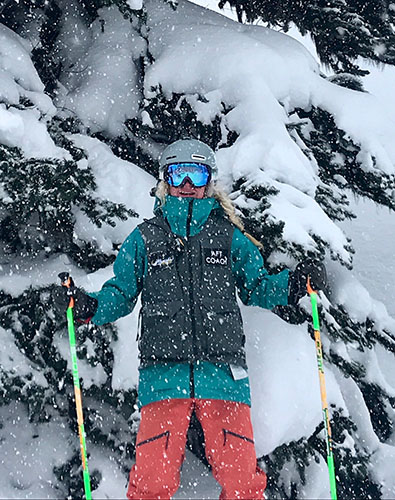 Ingrid played college hockey on the East Coast for one season until she found out that her true passion was skiing. She transferred to Western State Colorado University and immediately signed up for the Mountain Sports Team, participating in both freeride skiing and cross-country skiing. Ingrid participated in the FWQ, USCSA, and USASA events. This is Ingrid’s third season coaching the ASC free skiing team. She enjoys being able to pass on her love for the sport and knowledge of competition to the younger athletes. 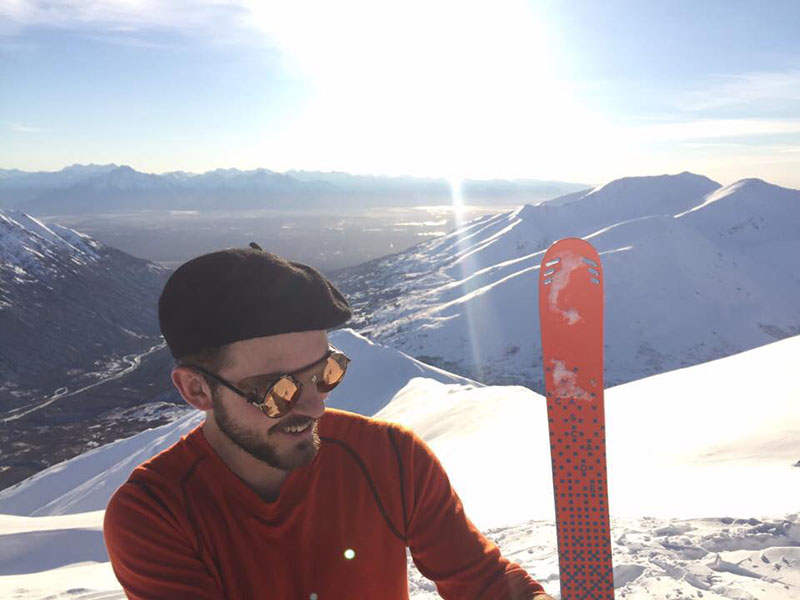 Drew grew up as an Alyeska Ski Club Mighty Might starting at age 6. At age 11 he progressed into the Junior racing program for 3 years before realizing his passion in freestyle/freeride skiing. He was one of the original members of the ASC Freeride Team competing for 4 years in Half Pipe and Slopestyle before moving on to Big Mountain skiing. You’ll find Drew on the Kenai River during the summer working as a Fishing Guide and at SkiAK during the winter months working as a Sales Associate. 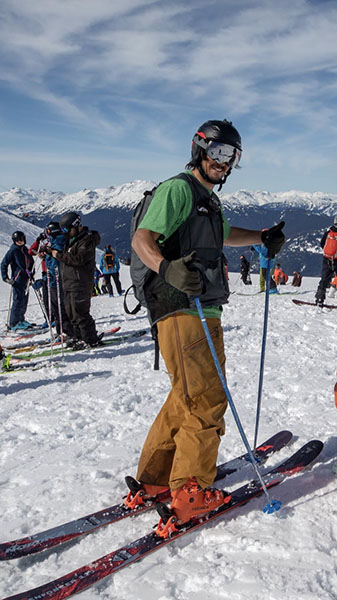 After high school he competed in some Freeskiing World Tour competitions, with notable podiums like first place at the Chugach open in 2013 and first place in Crested Butte. He has also raced in Skiercross races at the Nor-am level.

During the summer Tanner works as the captain of a commercial fishing boat. He is stoked to be returning to the Alyeska Ski Club as a full time coach for the Freeskiing Program. 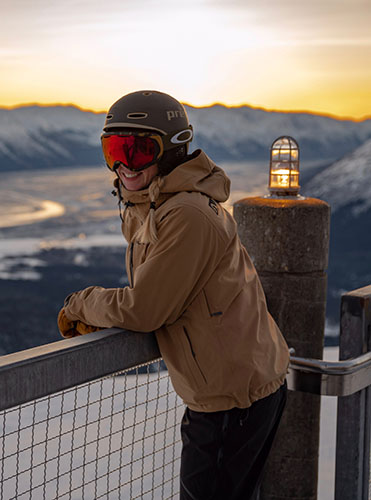 Leah grew up in Girdwood and raced for Alyeska Ski Club, starting with Mighty Mites all the way through the Juniors program. After high school she raced for Steamboat Springs Winter Sports Club and then for University of Colorado Boulder’s club race team. Leah is the reigning champ of Women’s A Town League race series, going for her 3 peat this year!  This is Leah’s second year coaching for the freeride team and is stoked to be back again this season. 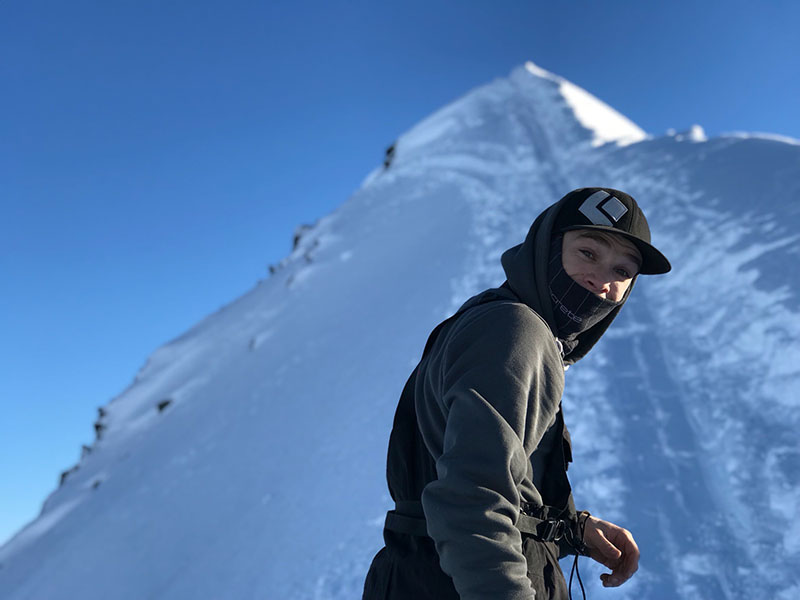 Gabriel is a lifelong skier and Alaskan. After graduating from High School he moved to Breckenridge Colorado and tested terrain parks. Building the courses for the mountain Dew Tour, and Level 1s movie After Dark. Gabriel is excited to share his experience in freestyle with the next generation.
In the summer he operates a gourmet mushroom business in Anchorage. 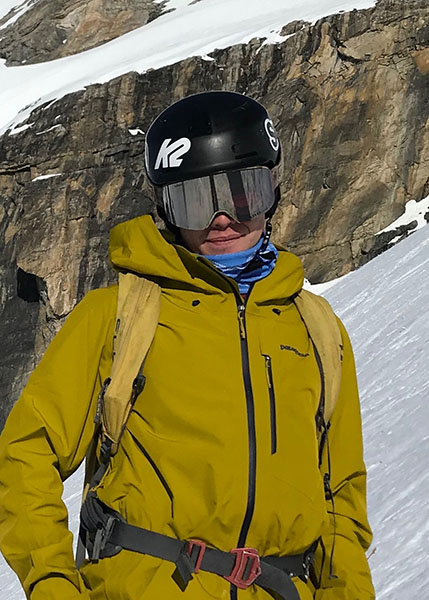 Growing up in Girdwood, Max began skiing in the Alyeska Ski Club at a young age. After side-slipping race courses on powder days a few too many times, he joined the then newly formed ASC Freeride Team. Three stoke filled years later, he left the state to attend class and ski at Western State Colorado University. Traveling with the Western Mountain Sports Team, Max competed on the North American IFSA FWQ circuit and was able to qualify for the FWT. He made it to three stops of the FWT the following year and had the amazing opportunity to ski against some of the best freeride skiers in the world.

Max is excited to use his experience as a freeride competitor and help the next round of Alyeska freeskiers reach their competitive goals and most importantly, have fun along the way. 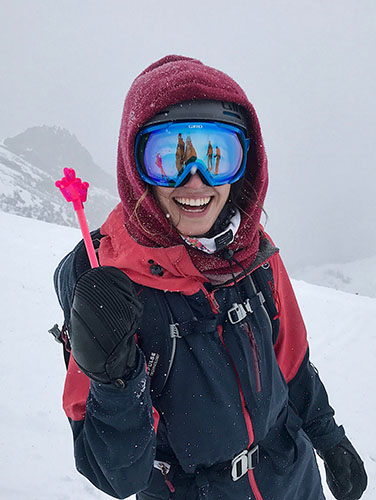 Molly Lukes grew up in Girdwood, Alaska and competitively ski raced at the FIS level through high school for the Alyeska Ski Club.

In 2014, she moved to Bozeman, Montana to play in the Bridger Mountain Range and work towards her Bachelor of Science from Montana State University. She continued racing with and became the president of the Montana State Ski Club while taking quick trips to Bridger Bowl before class to get her free skiing fill. She became Avy II certified and obtained her EMT I certification to become a safer off-piste skier.

In the spring of 2018, Molly graduated with her degree in Biochemistry. She has since returned to Alaska to work as a medical scribe and apply to medical school. She looks forward to sharing her expertise in goal setting and strong skiing fundamentals to help the ACS Freeskiing Team send sick lines! 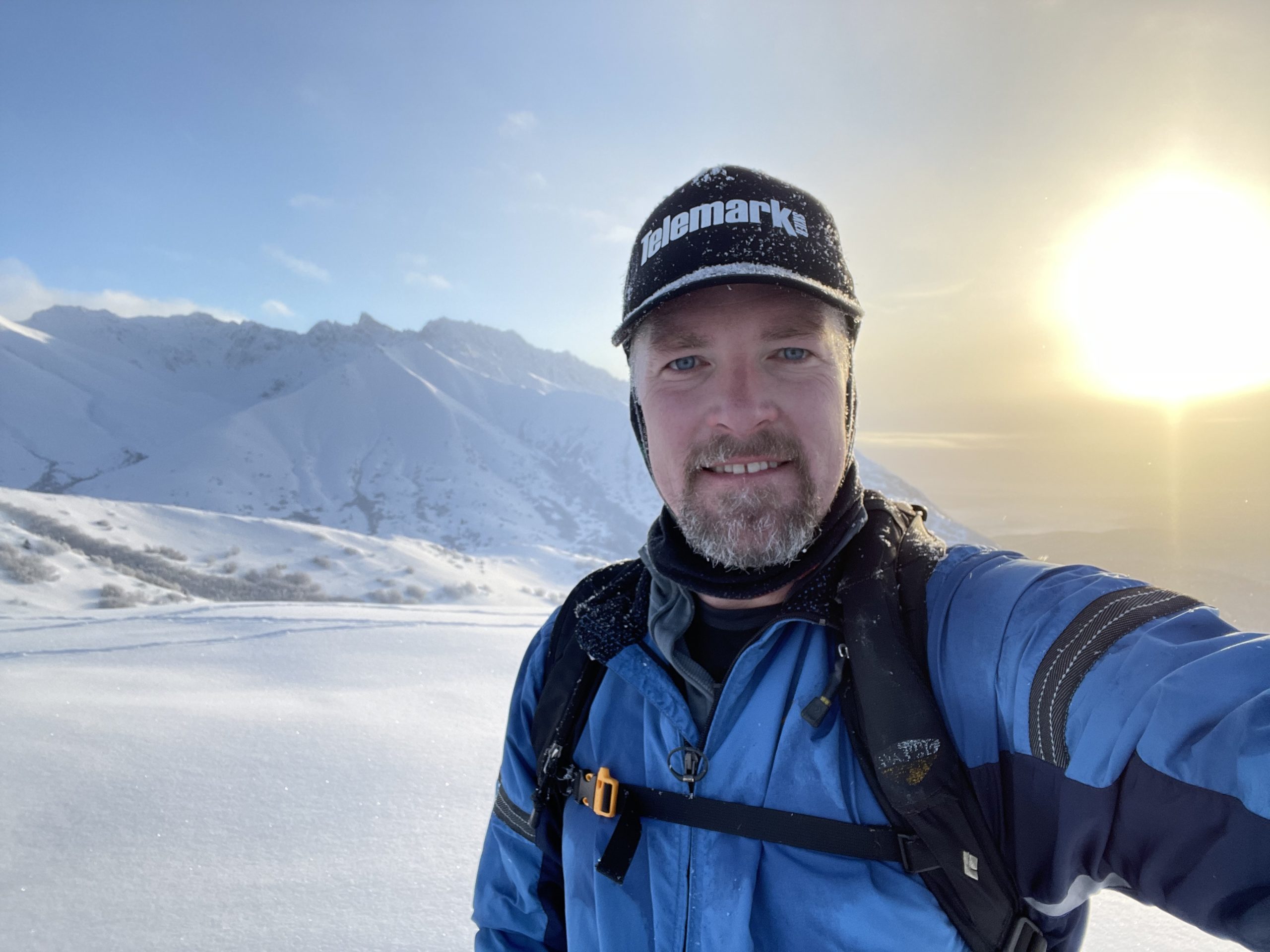 Jonathan was born and raised in Seattle, WA.  As a kid he was involved in many ski programs/teams.  At 18 he moved to Salt Lake City to attend the University of Utah and freeski.  He started competing in Freeride contests all over starting in 1999 and finishing up in 2009 at an Alyeska Contest.  In this time, Jonathan became a Professional Photographer appearing in front of the camera and published in publications such as Powder Magazine, Backcountry Magazine, Telemark Skier Magazine, among many others.  He has appeared in and help produce 6 different ski films over the years and continues to create content in the ski media world, as well as photograph many other things such as commercial and portrait work.

This is Jonathan’s second season of coaching with ASC, and he truly enjoys coaching the younger athletes just getting into the sport.  He believes there is no such thing as a bad day of skiing.  There is simply always something fun to do on skis, even if it’s surfing on your skis in the rain. 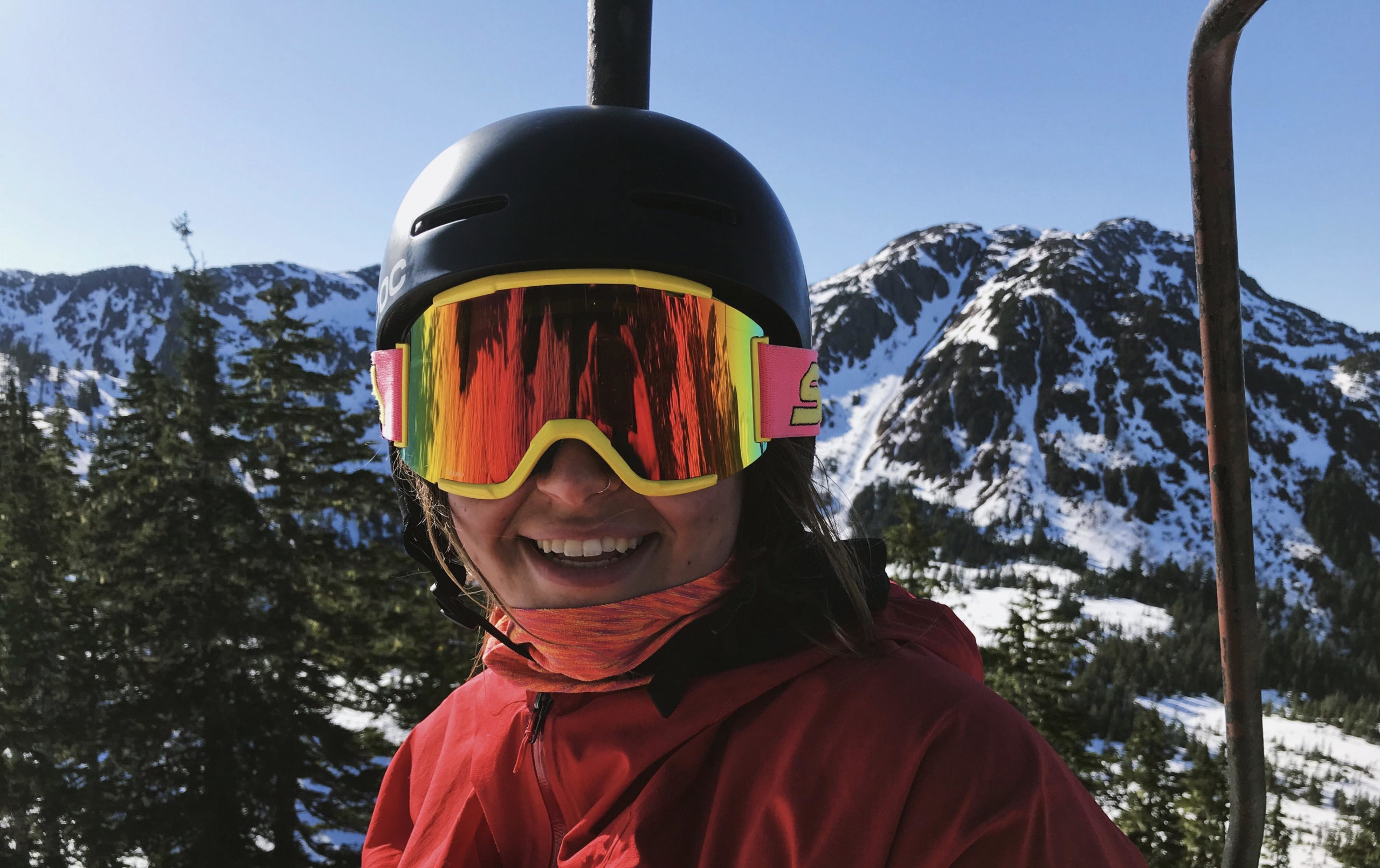 I grew up in Anchorage and have been part of the Alyeska Ski Club since I was 6 years old. I did Mighty Mites and Devos. I then went on to Juniors from middle school through high school. I attended Western Region Championships every year. When I graduated from high school I went to UAA for elementary education and started coaching at age 19. I coached the Juniors U12 program for 4 seasons and then took a winter off to focus on school in Fairbanks. I am currently still in school but taking my time. I am looking forward to bringing my ski racing background to the Freeride program this winter. 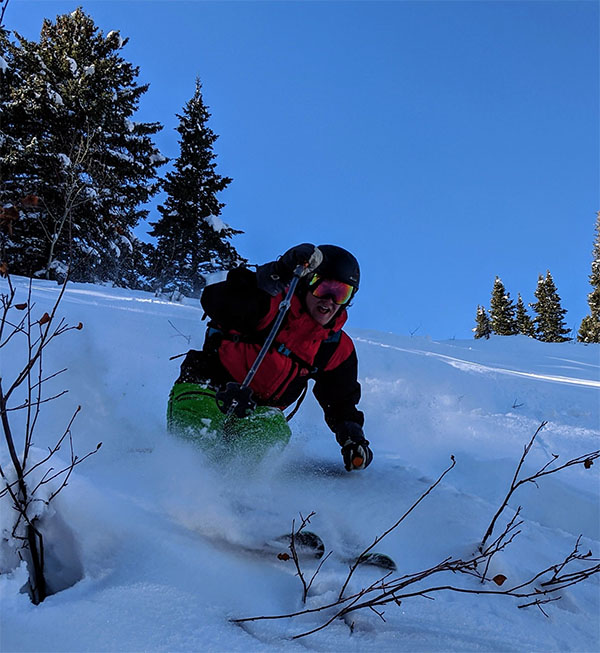 Jake Dahl is from Anchorage and grew up ski racing for ASC from Mighty Mites through Juniors, competing in FIS races across the West. Towards the end of high school he drifted away from racing, finding more enjoyment in back country and big mountain skiing. He went on to earn his degree in Electrical Engineering from UAA and promptly moved to Salt Lake City Utah to pursue employment opportunities and fluffier snow.
After 3 years in Salt Lake, the urge to return to Alaska could no longer be resisted. He strategically quit his job and started working remotely as a freelance software engineer, which would allow him the opportunity to move home.
Jake is stoked to be back and is excited to share his experience and enthusiasm for the sport of skiing with the next generation of rippers. 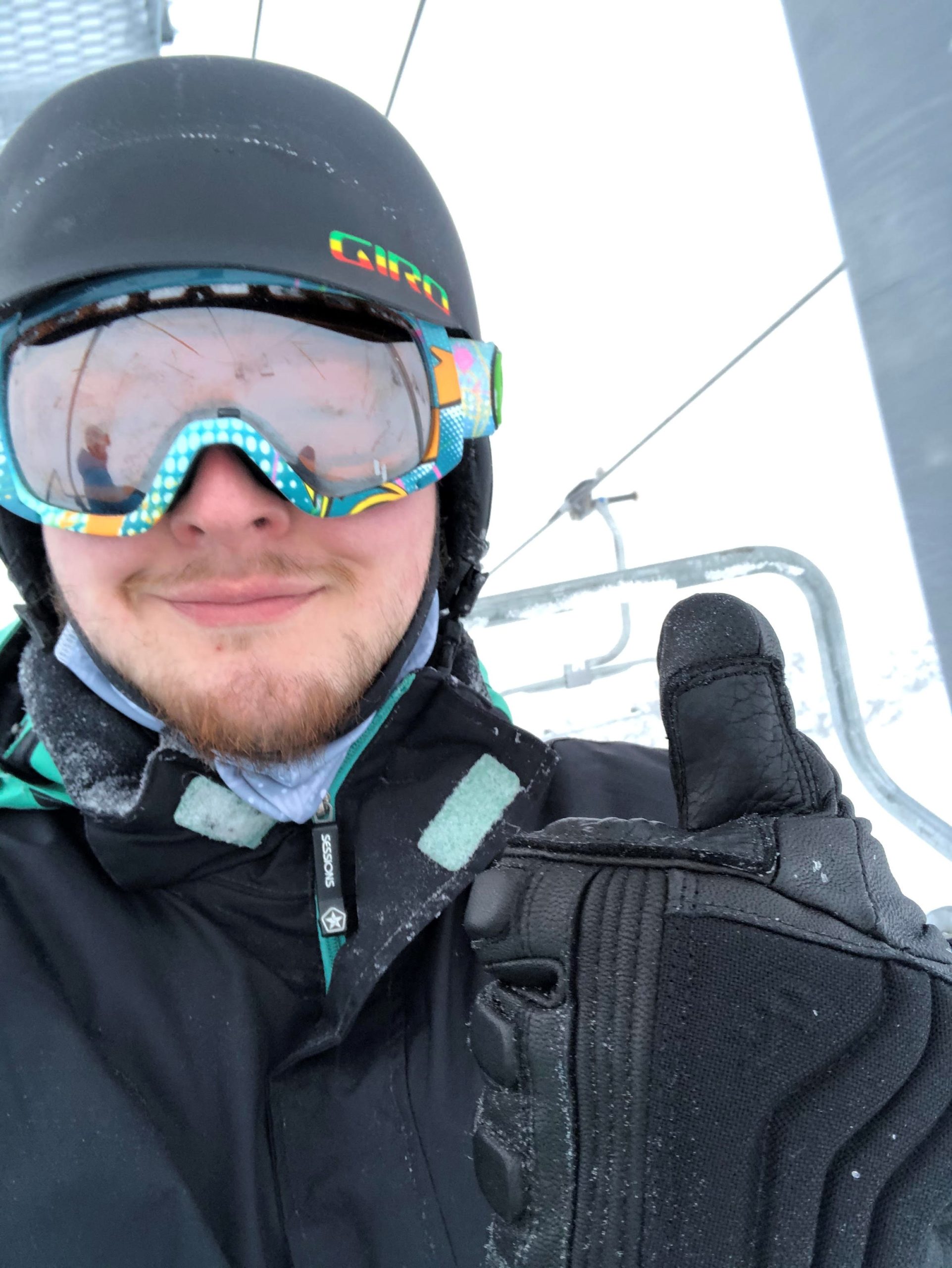 Alec was born and raised in Anchorage, Alaska and started skiing at Alyeska at the age of four and hasn’t stopped since. He started out in Mighty Mites and eventually made his way to the Juniors race program. Alec attended several races throughout his time in Juniors but his favorite was the 2014 Arctic Winter Games where he took a bronze and gold medal for alpine skiing located in his fathers hometown Fairbanks. If he’s not on the mountain tearing it up you can catch Alec at Moose’s Tooth slinging pizzas and serving up smiles. Alec has made life long friends through Alyeska Ski Club. You can hear him say regularly “Never a bad day of skiing!’ or “I owe some of the happiest moments of my life to skiing.” He’s elated to be coaching and bring the joy he’s found in this amazing sport to the next generation of “rippers.”